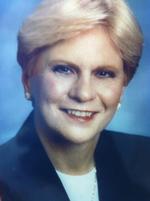 Ann Swanson's resume of Championship victories covers a remarkable four decades. While she has enjoyed much success at the national level, including three appearances in the USGA Women's Open, it has been in state and regional competitions where her golf talents have shined the brightest. Her combined 26 victories in individual state and city championships are unparalleled. She also earned five Pacific Northwest championship trophies.

Ann has given selflessly of her time over the years for the benefit of the game. She serves on the executive board of the Women's Trans National Golf Association and brought the tournament to the state of Washington for the first time ever in 2015. She also serves on the PNGA Board and WSGA and PNGA committees. She served as President of the Washington State Women's Golf Association. She has authored two books on the history of women's golf.

Ann is in five Halls of Fame including the Pacific Northwest Golf Hall of Fame She has been Assistant Women's Golf Coach at the University of Washington and Assistant Men's and Women's Coach at Seattle University.

Ann is currently a Coach for the First Tee of Greater Seattle and the Head Men's and Women's Coach at Grays Harbor College, where she became the first female golfer in the Northwest Athletic Conference. 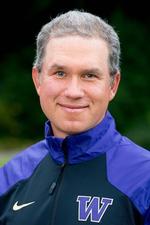 David Elaimy lives to see his students and clients produce breakthroughs in their performance. A golf teacher for 28 years, he has helped thousands of golfers to improve their ability to play their best. He is currently the Volunteer Assistant Golf Coach for the University of Washington Women's Golf Team, which recently set program records for tournament victories, including a program best 5th place finish at the 2015 NCAA Championship, followed by winning the 2016 NCAA Championship , the first in program history.

For the past decade, David has been compelled by his students to apply his coaching ability and his performance model to non-golf areas where an optimum physical and mental functioning are crucial to success. So while David continues to work with his golf students, he is also coaching athletes, surgeons, business executives and teams. He is a Part-Time Lecturer in the Foster School of Business at the University of Washington.

His company Beyond Par Surgery has coached hundreds of surgeons. He is currently the performance coach for Complex Spine Surgery Fellowship at Swedish Neuroscience Institute. While David takes great delight in seeing a client win a national championship, or reduce the frequency of surgical complications he takes particular pride in seeing them perform with awareness, freedom and enjoyment. David's primary mission is in seeing his students elevate their ability to lead extraordinary lives with abundant success.